As a part of the design team for the [r+d] post-carbon Vienna exhibition of the 2015 VIENNA DESIGN WEEK curated by Smarter Than Car, we were in charge of the creation of one of the exhibition wall panels.

For VIENNA DESIGN WEEK’s 2015 Future Urban Mobility Initiative, the directors of the think tank Smarter Than Car were asked to curate an exhibition on post-carbon urban mobility. In response, we formed an interdisciplinary team of researchers and designers to consider the systemic implications of such a transition and how the design challenge of future urban mobility might be approached.
The automotive age appears to be entering its twilight, but what will come after cars + oil? Futurama Redux: Urban Mobility After Cars and Oil examines how a transition to post-carbon urban mobility might foster urban resilience while creating new qualities of life.

Futurama Redux: Urban Mobility After Cars and Oil was only possible because of the incredible support of our sponsors, the design team, and of course VIENNA DESIGN WEEK. Many people contributed countless unpaid hours to the project for no reason other than their commitment to leaving the world, or at least some small part of it, better than they found it.
We hope that you enter with an open mind and exit with an expanded conceptual vocabulary and a desire to directly engage the most pressing design challenges of the future. 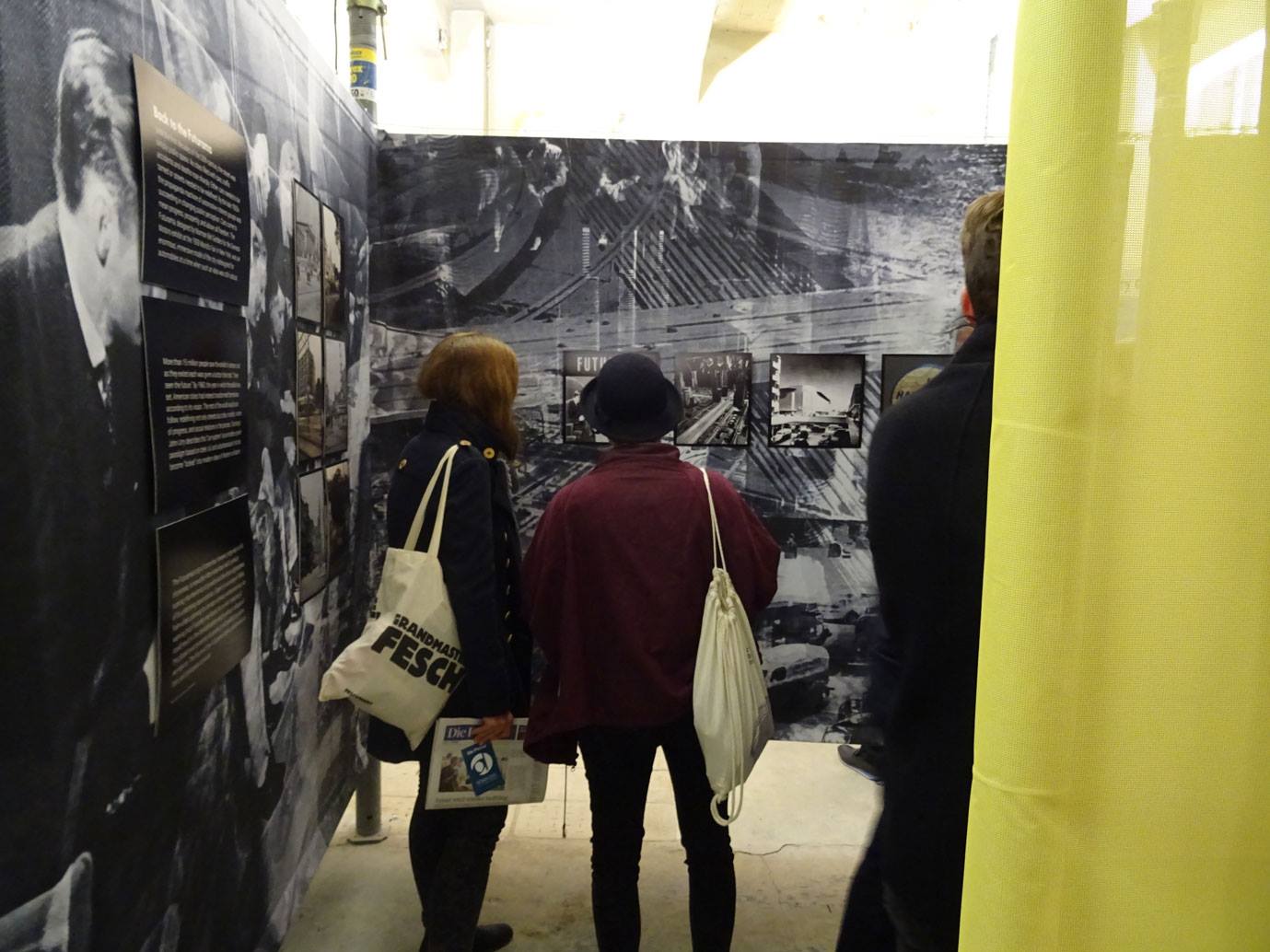 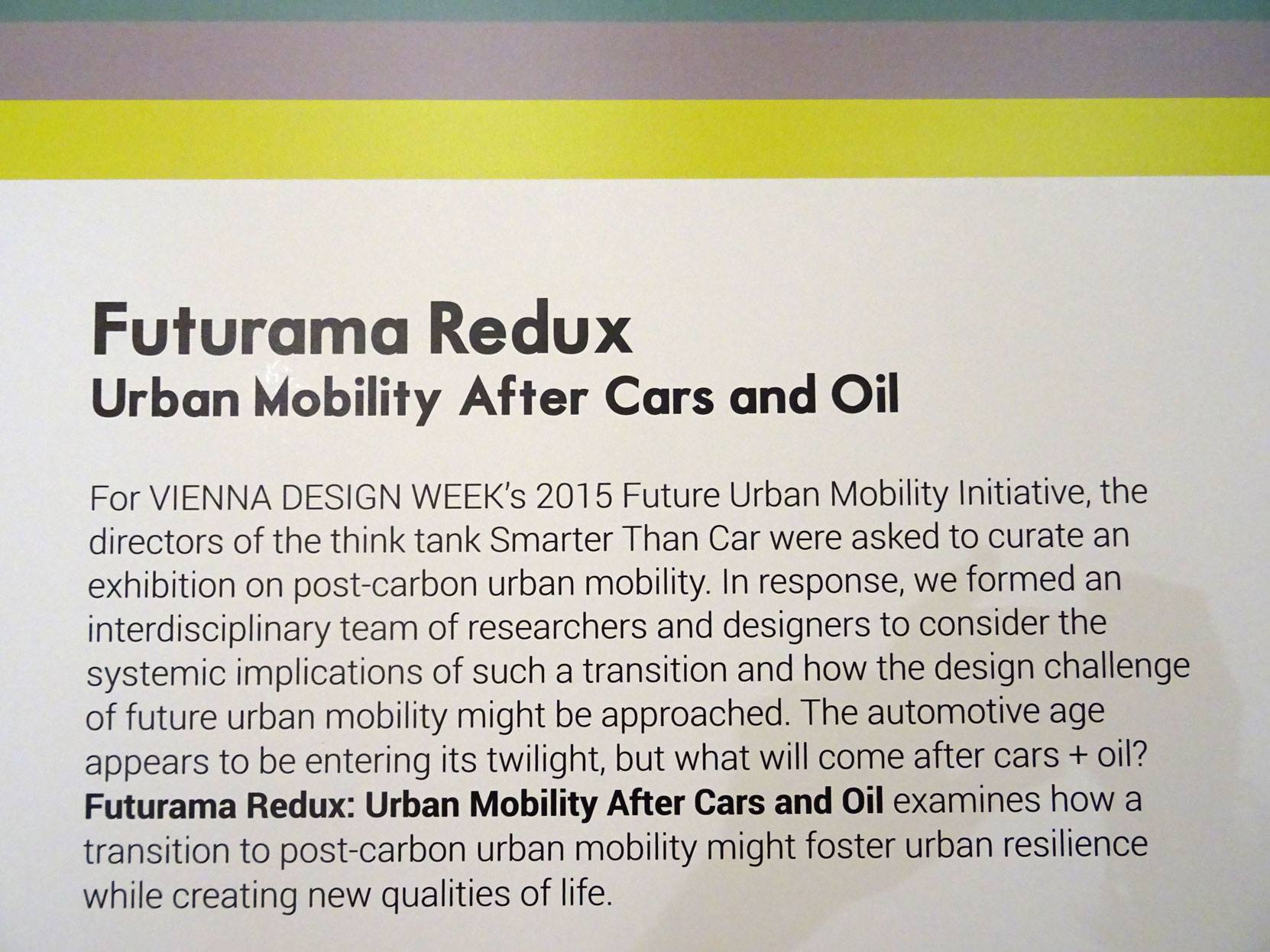 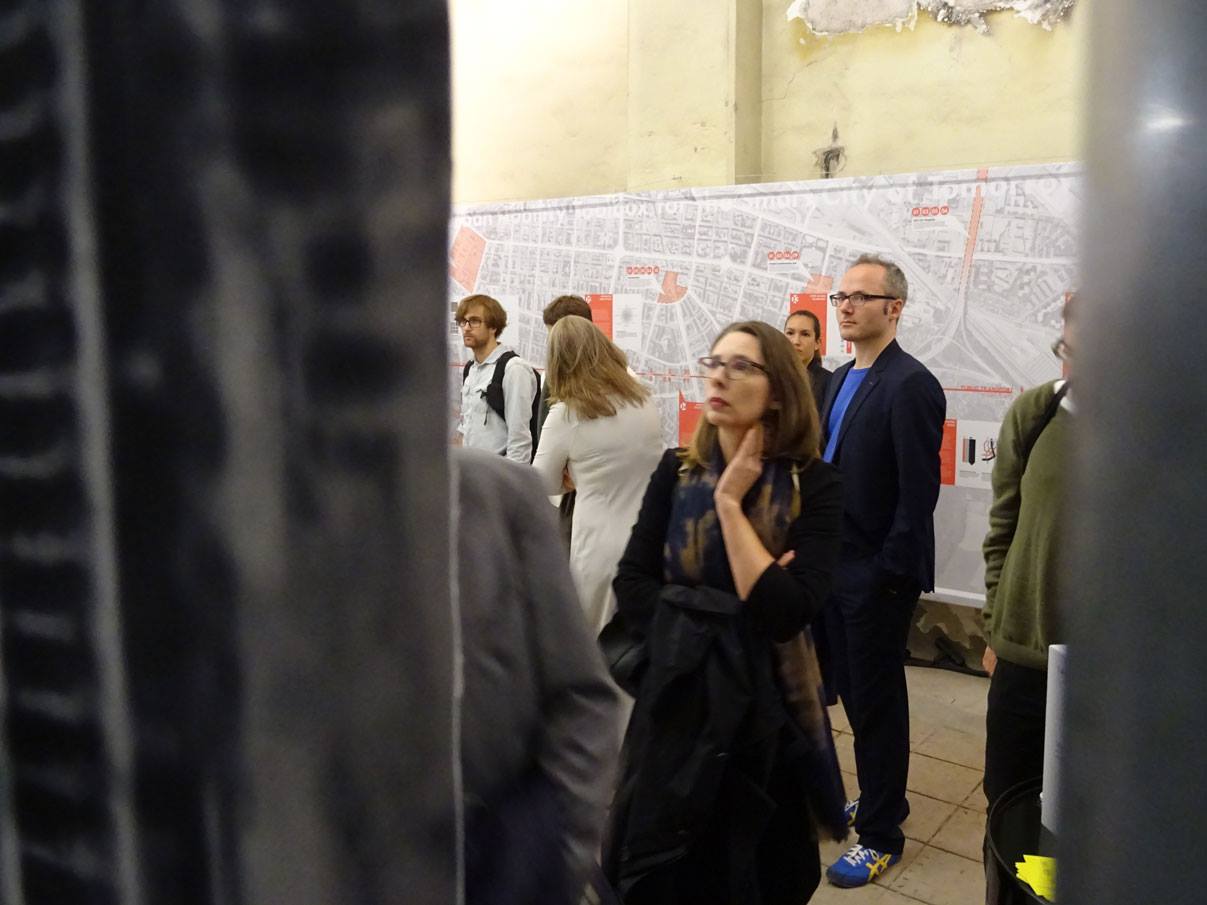 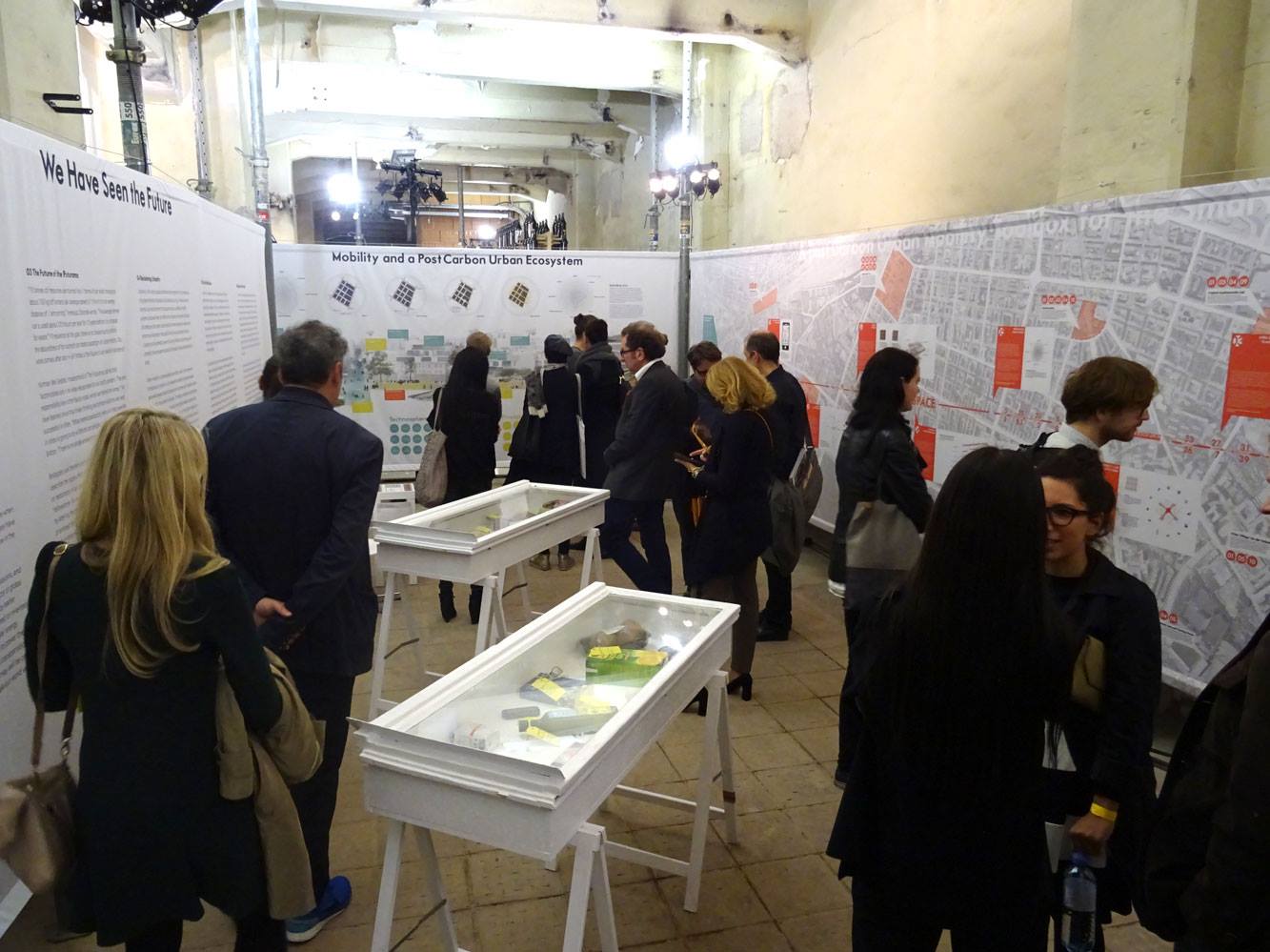 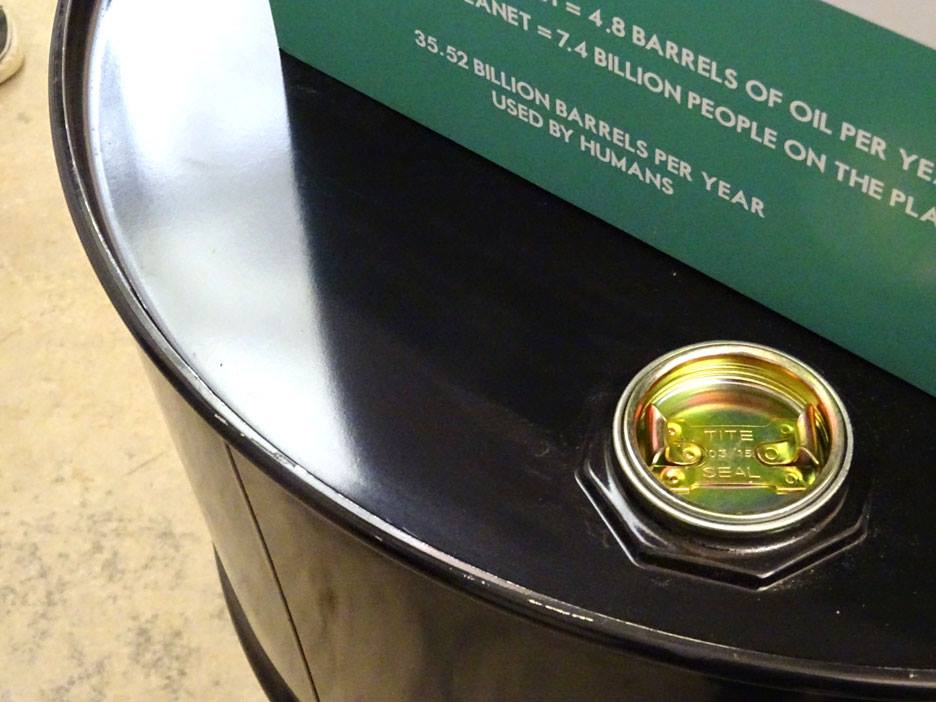 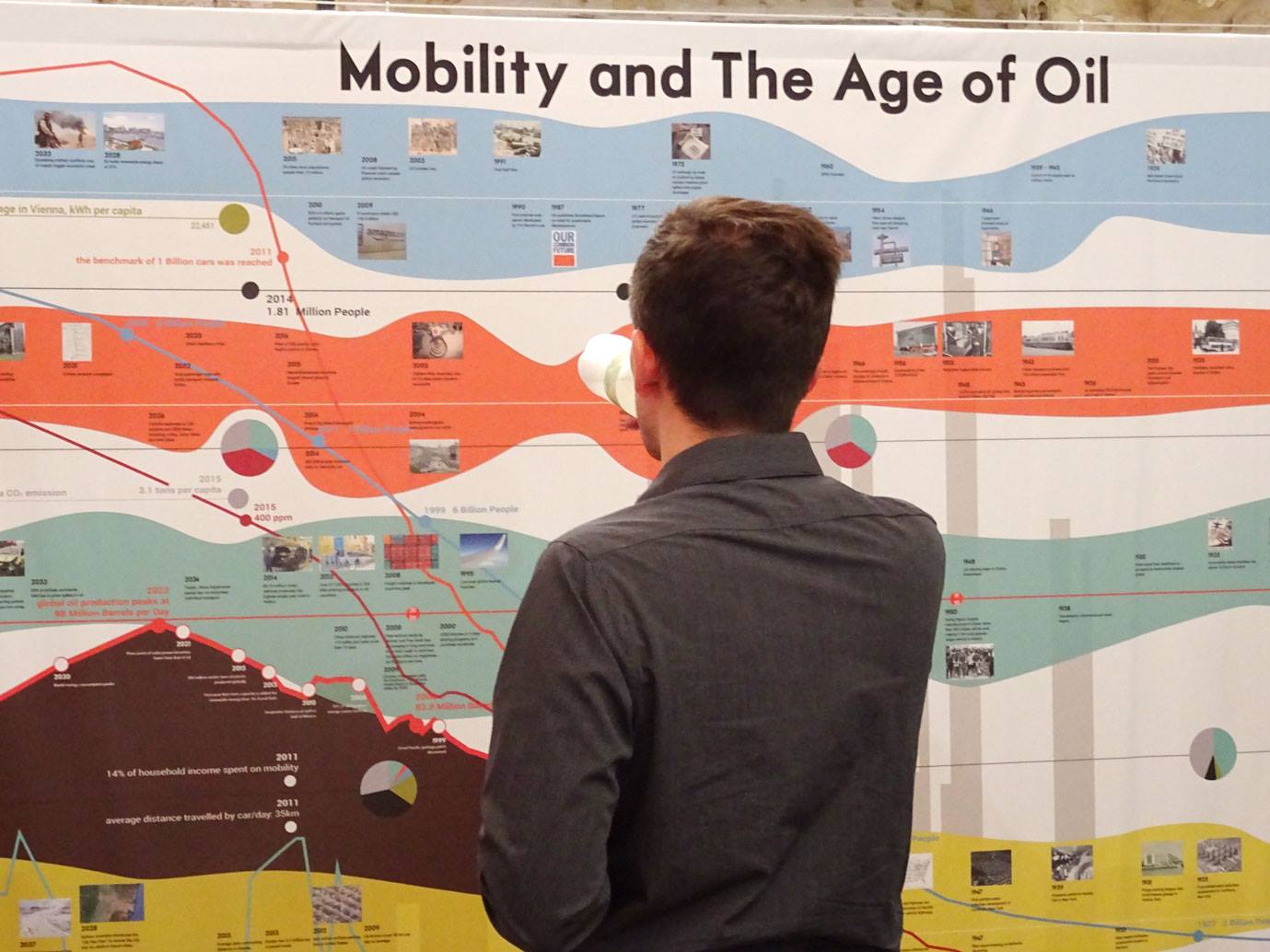 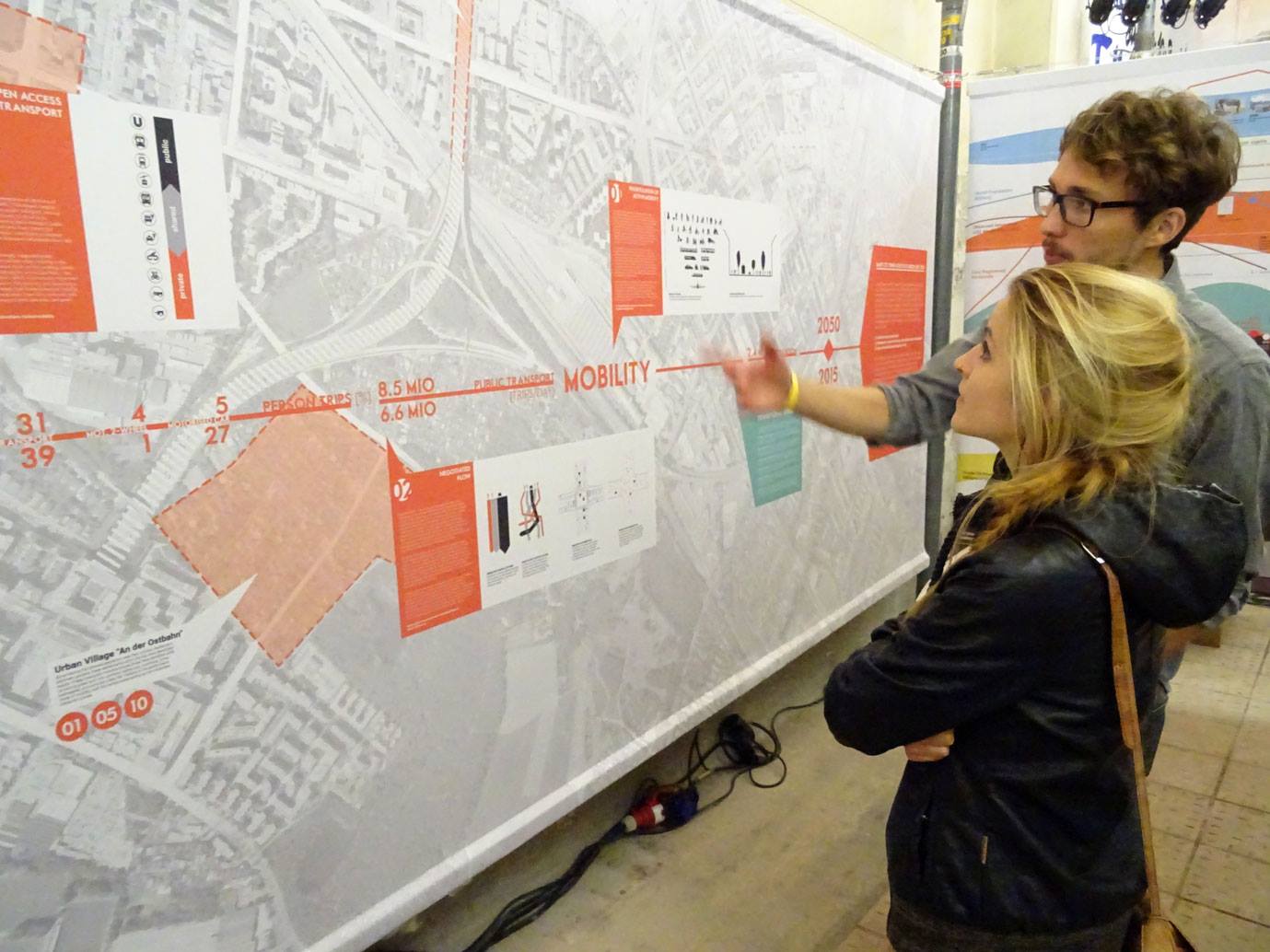 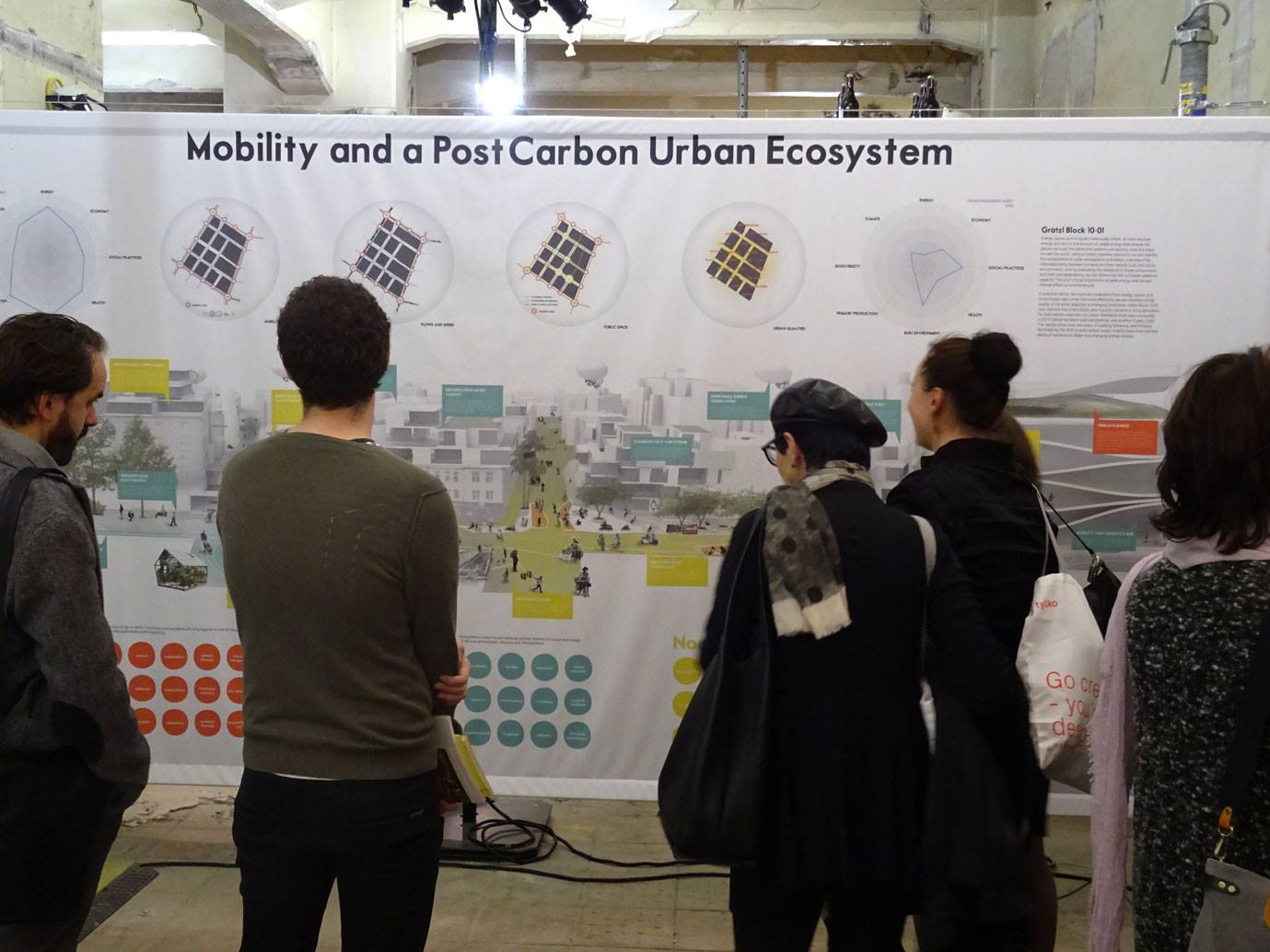 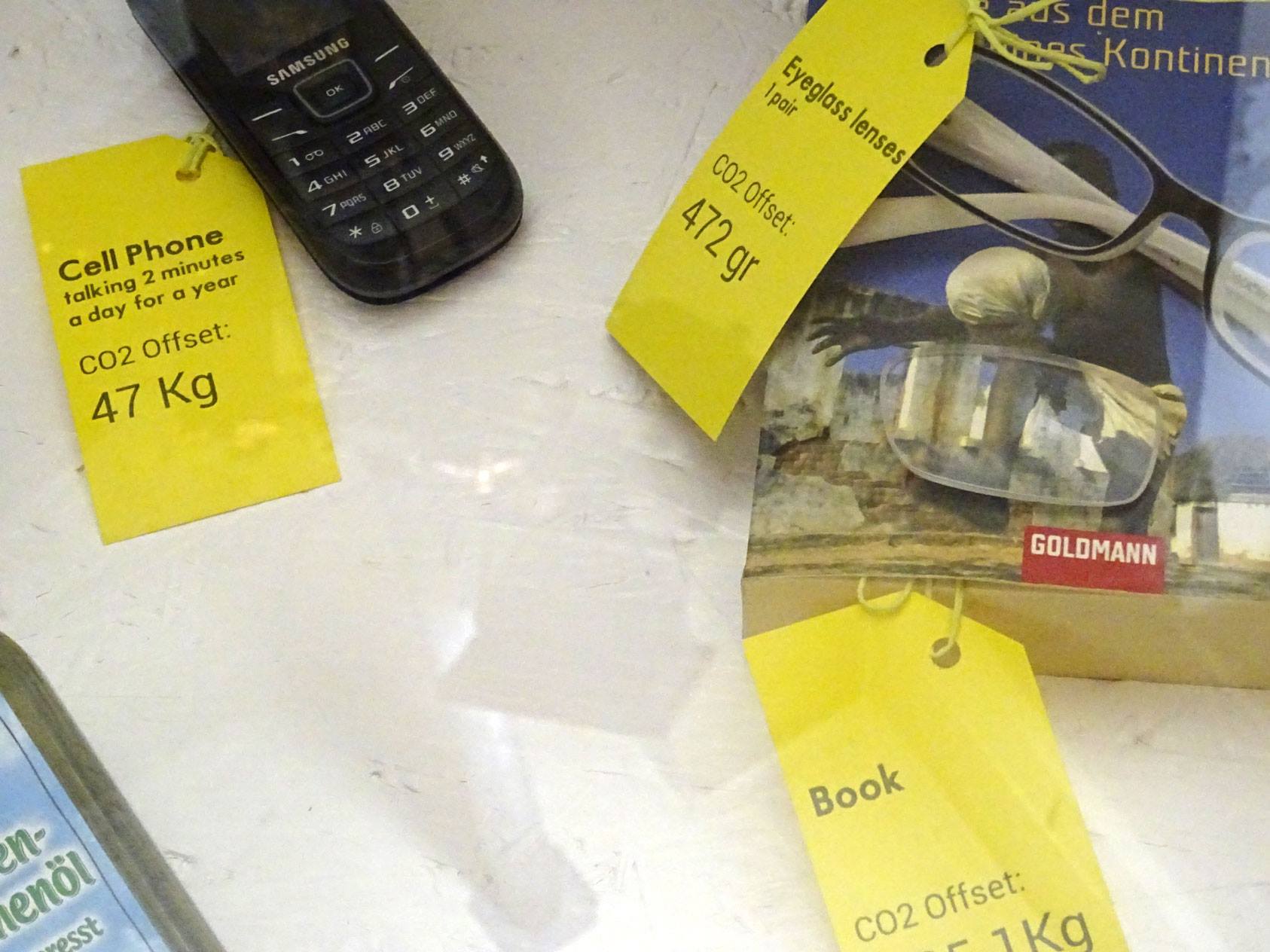 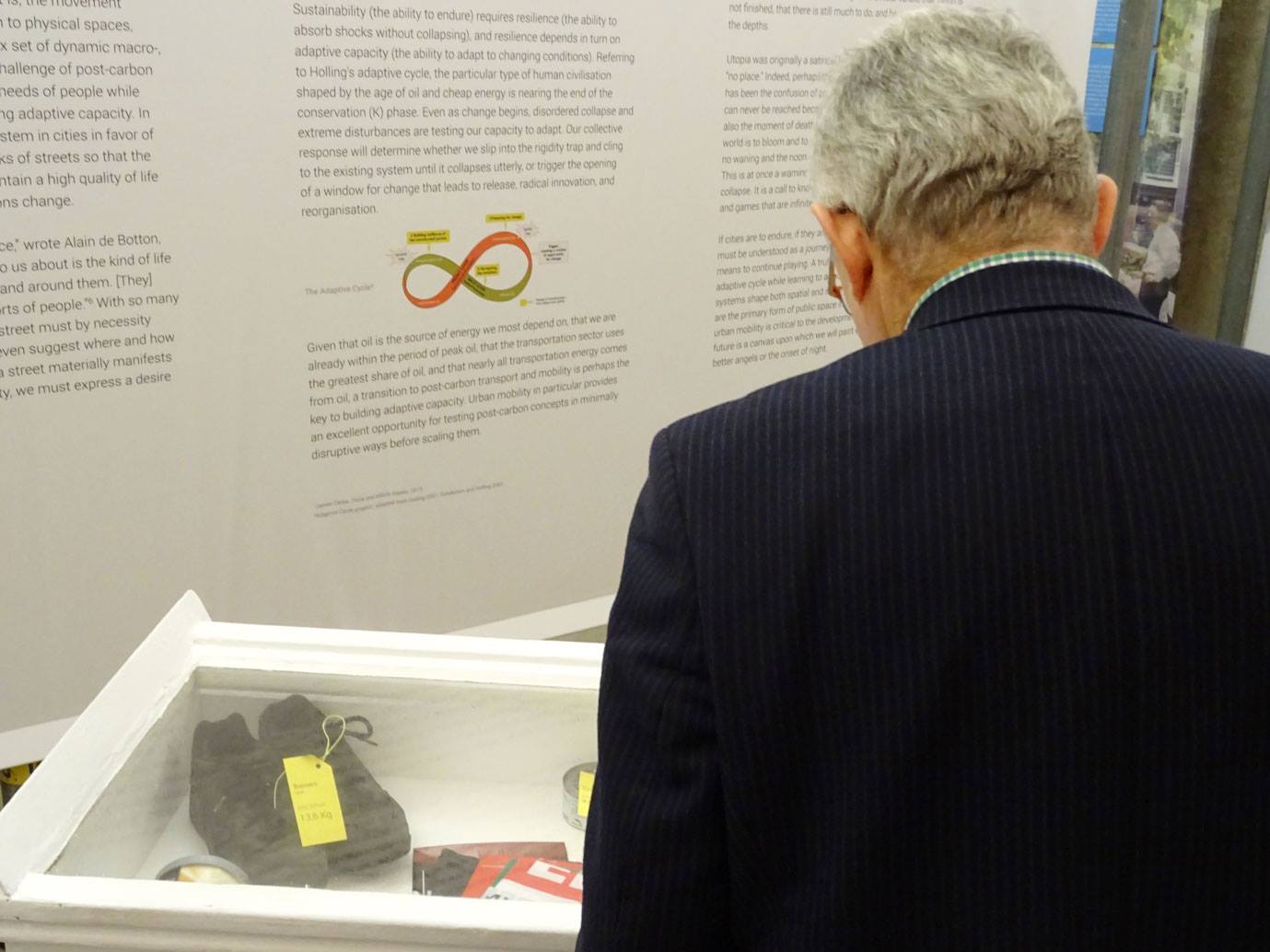 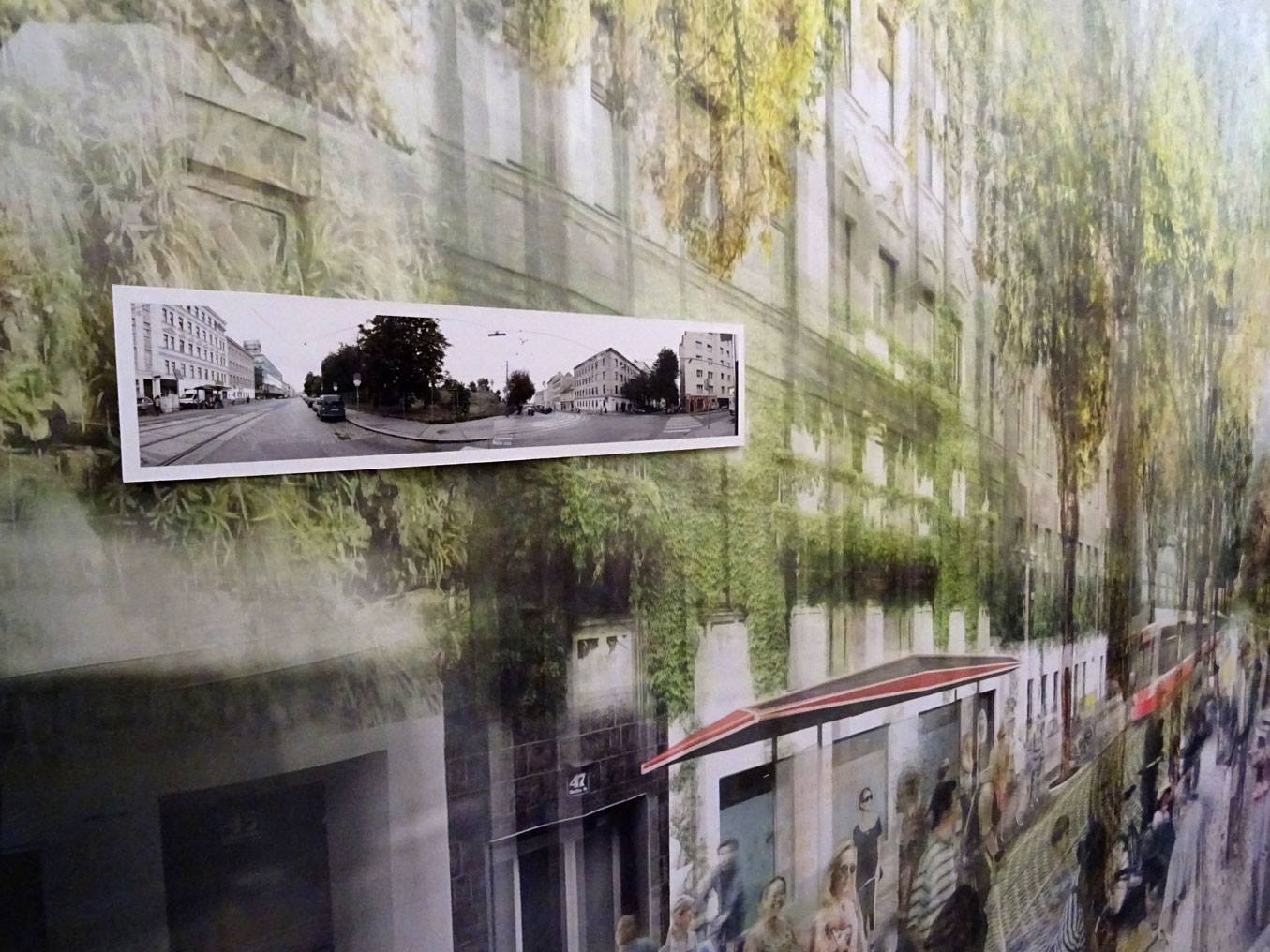 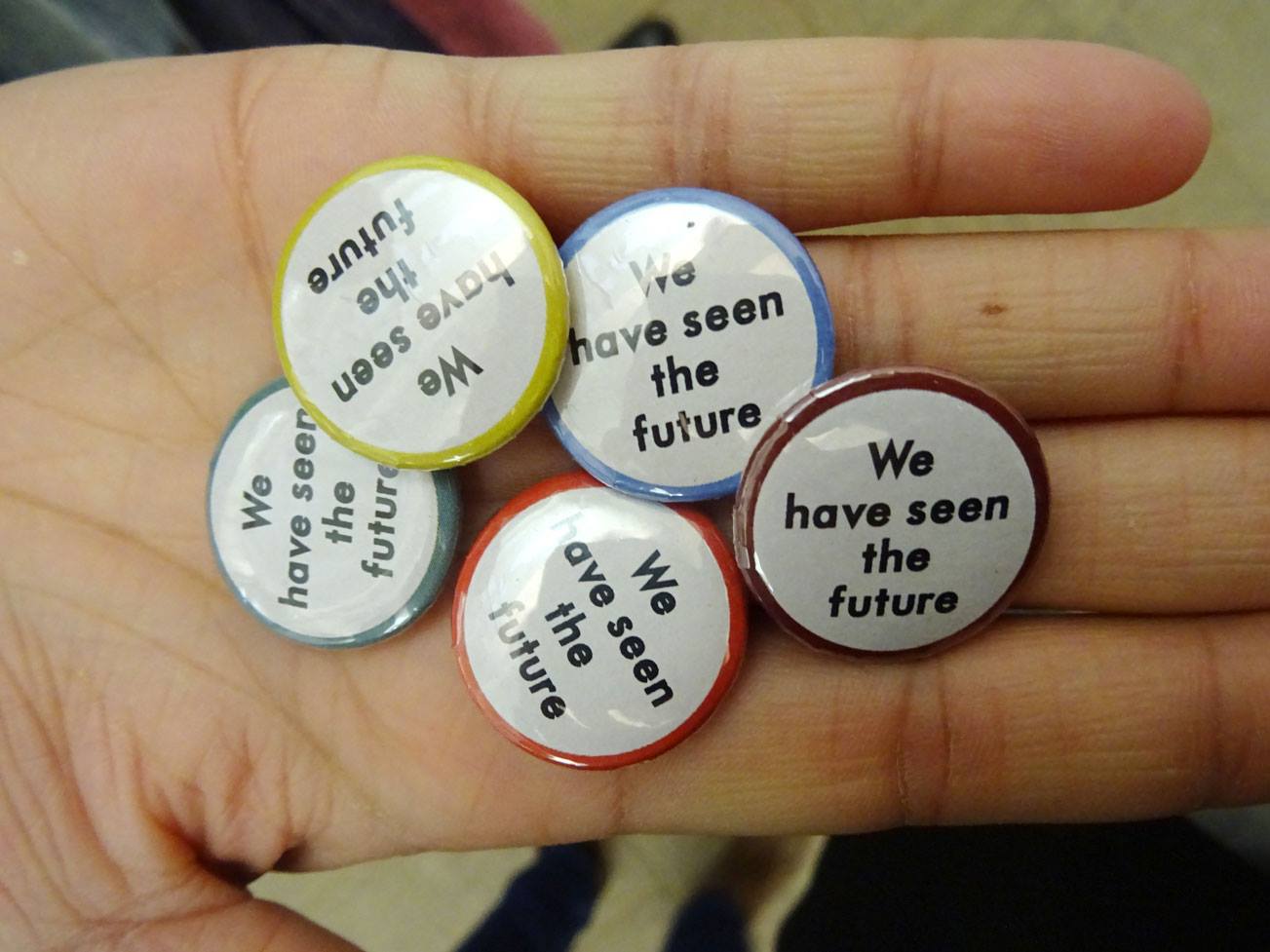